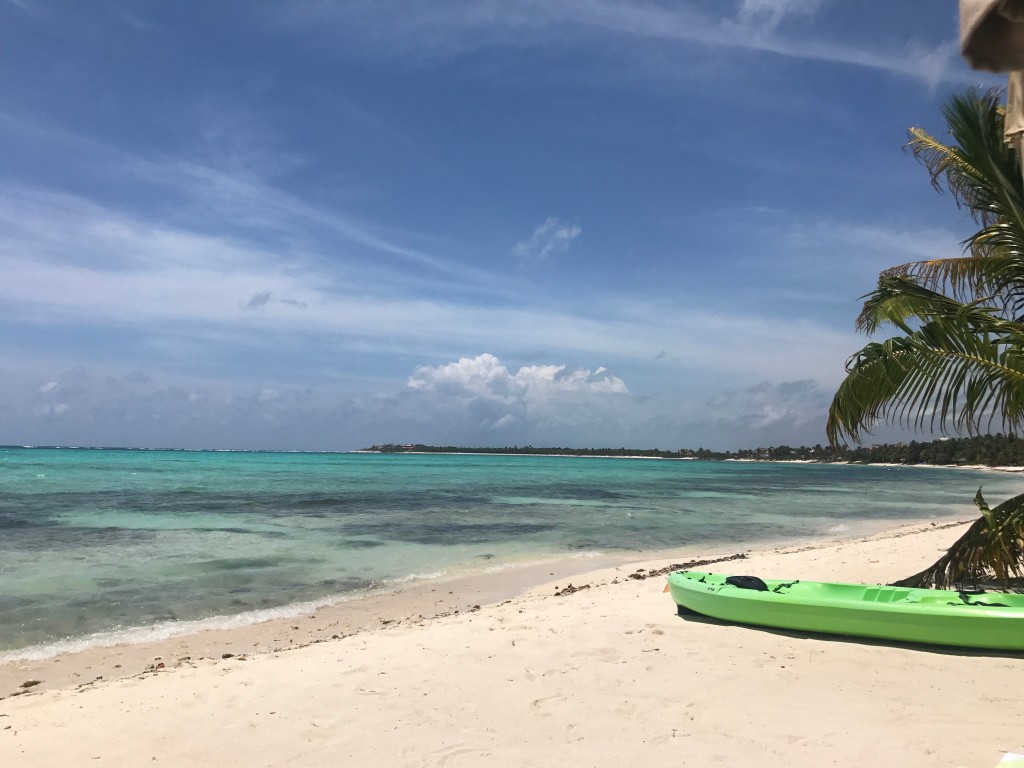 Before all the Nygrens — including two son-in-laws, one son-in-law to be and a baby, plus Michael and Randy, Garnie’s best friends from New York — departed for Riviera Maya, several neighbors jokingly asked, “Does that mean we get to go crazy? Put pink flamingos in our yards?” I was like, sure, do whatever you want. I’m headed to the beach. 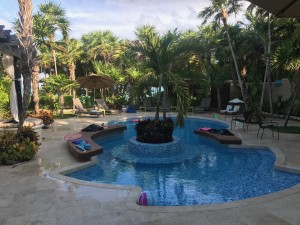 It started as an idea last fall, when Garnie and Matt returned from their honeymoon in the part of the coastline that stretches past Cancun. We usually make the annual trek to Alys Beach as a family, but Garnie sold us all on the idea of having our own space in the same house plus someone to do all the cooking and cleaning. She found the house, made all the arrangements and all we had to do was sync 10 different schedules and show up.

The water was beautiful — a lovely clear blue. And there were no waves because we were in a little cove, which was perfect for Amos’ first beach experience. We all vied for our time with him; he’s such a precious little squirt. The older boys would swim, snorkel, kayak or just hang out in that beautiful water, which was incredibly therapeutic.

I took The Nightingale with me but never cracked it. I plucked Leaving the World by Douglas Kennedy off 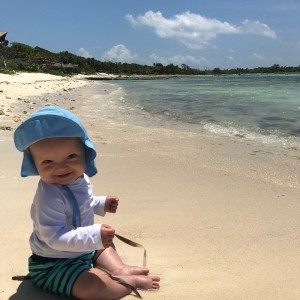 the bookshelf in the house and loved its beautiful use of language and vocabulary.

The only thing on our schedule was yoga at 8 a.m., thanks to a thoughtful gift from Randy and Michael. We’d all sit together either by the beach or pool — it was more about being together than interacting with each other. Then we’d head back to the house for meals.

Modern Mexican is the hot new cuisine. The New York Times just devoted their food section to it. While we were there, René Redzepi, chef/co-owner of the infamous Noma in Copenhagen, did a pop-up in nearby Tulum, sourcing food — and even his dishware and utensils — from all over Mexico. I’d seen Andrea Reusing, chef/owner of Lantern in Chapel Hill, North Carolina, before the trip and she asked if I was going. Matt was intrigued, but it’d been sold out for months, even at $750 a head.

Instead we had ceviche every day. Oh the beauty of fresh fish caught the day before and served with four different salsas, guacamole and fresh tortilla chips. It paired well with the juice water made with cucumber, lime and mint. Unlike the ceviche, it needs to steep for several hours.

Just like our family, it’s better if you let it sit for a while. 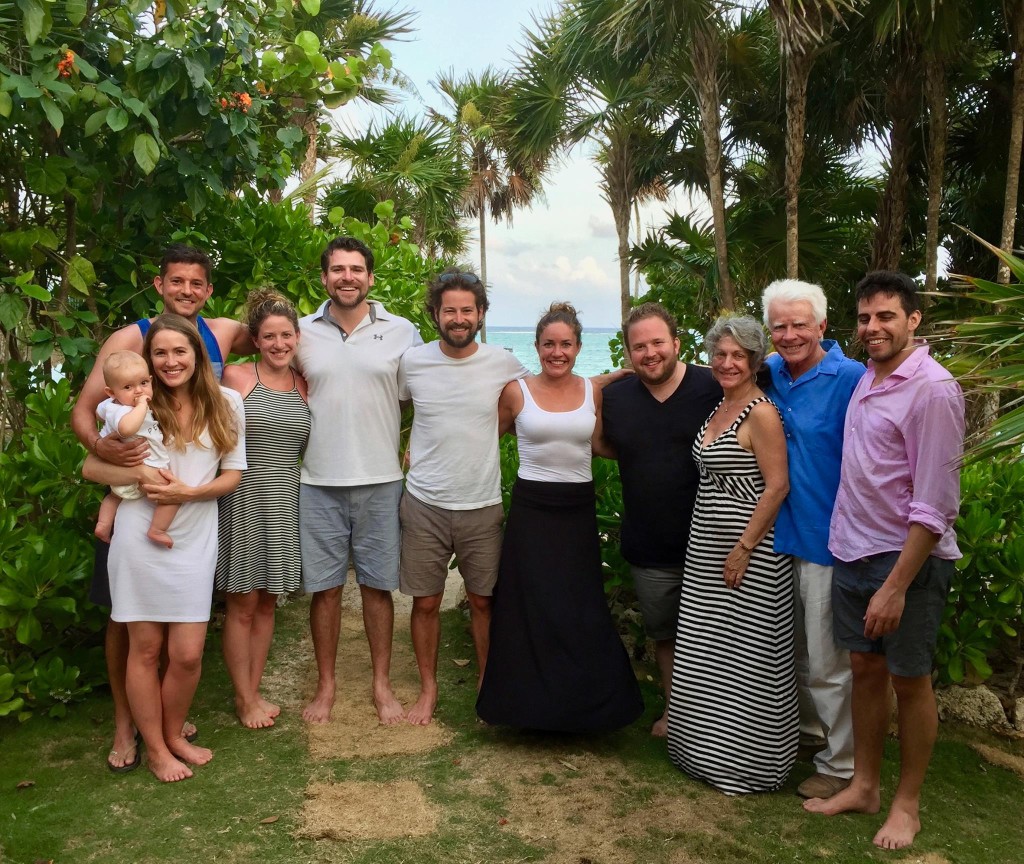 This can be made up to 6 hours ahead. Just cover and chill.

When people ask me what I do, I tell them I’m the co-founder of the Serenbe community and the Inn at Serenbe. But, the truest END_OF_DOCUMENT_TOKEN_TO_BE_REPLACED