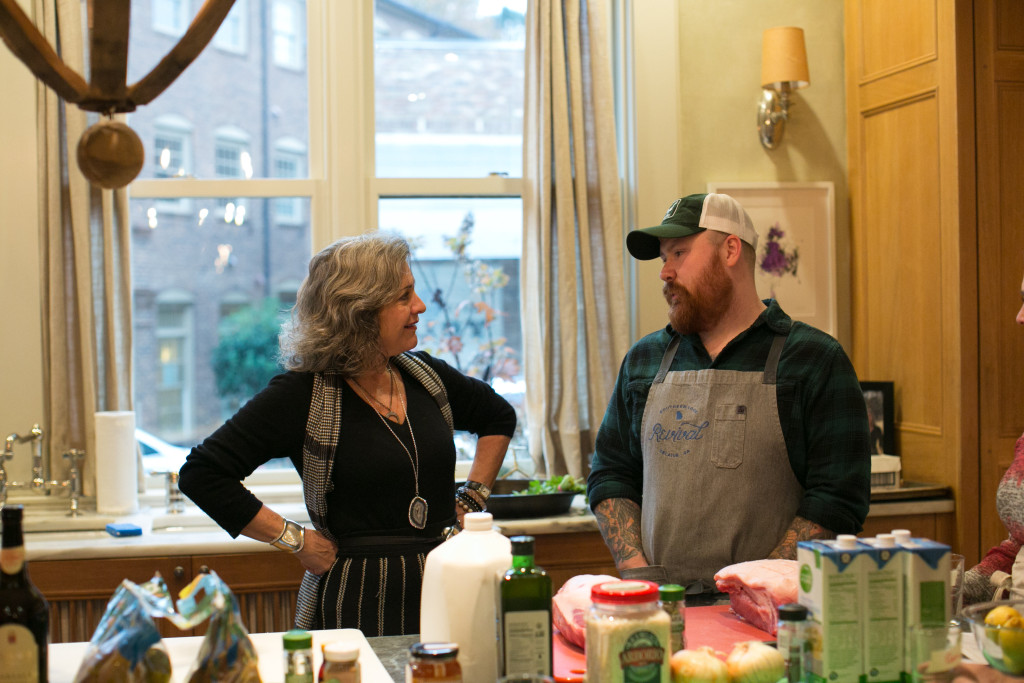 When chef Kevin Gillespie talks about food, he does so passionately. And with a striking combination of respect and knowledge. That red-bearded neighbor of mine can make the most humble head of broccoli seem like an adventure.

So it’s hard to imagine that he was ever a little kid who sat at a dinner table, scowling at broccoli and beets. 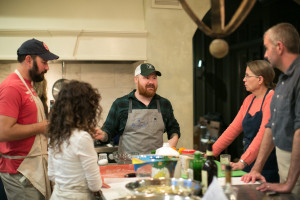 But he was. To be fair, that broccoli was usually frozen, then microwaved, then covered in processed cheese food. And the beets were both canned and bland. But like so many of us, he grew up, experienced those same foods in new presentations and thought, so this is what it’s supposed to taste like.

At his most recent visit to the Serenbe Chefs Series, Kevin prepared a winter-centric menu including milk-braised pork shoulder, saffron risotto, roasted pears with honey mousse and this pickled beet and charred broccoli salad.

I adore Kevin. He is Southern to his core and as good a person as he is a chef. So in many respects, I’m biased. But this salad is genius in its combination of pickled and charred. It makes sense in the same way we put pickles on a grilled burger, but in a much lighter, brighter way.

Peel the beets, slice off the tops and roots, and cut the beets into 1-inch wedges.

Heat a medium cast-iron skillet over high heat until smoking hot. Drop half of the broccoli florets into the dry skillet, being careful not to crowd the pan. After about 30 seconds, toss the florets and continue tossing as they char and cook, about 2 ½ minutes total. The tender florets will char easily, which is good; you want that smoky flavor. Transfer the first batch to a plate and repeat with the remaining broccoli. Refrigerate the charred broccoli until read to serve.

In a small bowl, whisk the goat cheese, lemon juice, water and a large pinch of salt until smooth. In a separate bowl, toss the frisée with 2 teaspoons of the olive oil and 1/8 teaspoon salt. Drain the beets and discard the pickling liquid. Place the beets in a third bowl and toss with 2 tablespoons of the olive oil, ¼ teaspoon salt and 3 grinds of black pepper. In a fourth bowl, toss the chilled charred broccoli with the remaining 1 teaspoon olive oil, 1/8 teaspoon salt and 2 grinds of black pepper. Yes, I realize you’ve got four separate bowls; it’s imperative that the components stay separate until they are plated. You don’t want the ingredients to mingle because each item brings a specific flavor, texture and color to the final dish.

Divide the beets evenly among four plates. Top with the broccoli, the frisée and the crumbled feta. Drizzle on the goat cheese mixture and finish with a few drops of pumpkin seed oil around the outside of the plate.

When people ask me what I do, I tell them I’m the co-founder of the Serenbe community and the Inn at Serenbe. But, the truest END_OF_DOCUMENT_TOKEN_TO_BE_REPLACED