Haven’t you just loved the spring light the last few days in the Atlanta area?  It is my favorite time of year with the spring flowers starting to show their beautiful blooms. 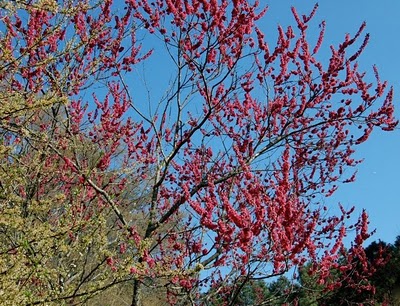 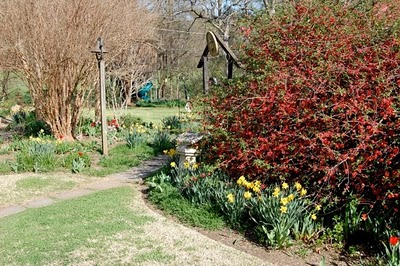 I see more Serenbe residents out for morning and afternoon walks to soak in the lovely sunshine and be among the daffodils, quince and forsythia. Neighbors and guests sitting at the sidewalk tables in front of the Daisy having a latte or ice tea and visiting. It still makes me smile to see all this and realize it is all happening in the middle of the woods in what use to be our “backyard.” 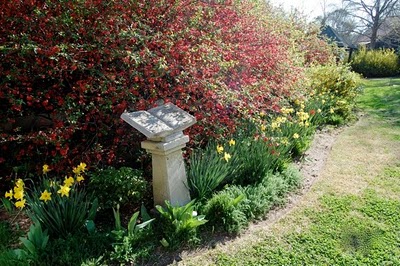 Serenbe will be a bustling place this weekend. There is an Easter egg hunt at the Serenbe stables. I love seeing all the precious little ones running around looking for bright colored eggs and the joy on their faces when they find a treasure. 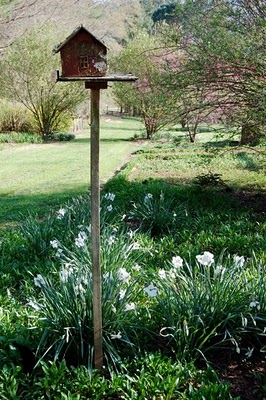 And, the Farmhouse is having Easter lunch with ham, fried chicken and the first of the spring asparagus. I look forward to seeing all the Easter outfits and bonnets. Maybe I can wear mine the next week as I’ll be in the kitchen all day. Easter is busy day for the Farmhouse as we usually serve 200 people for lunch. Lots of fried chicken!! 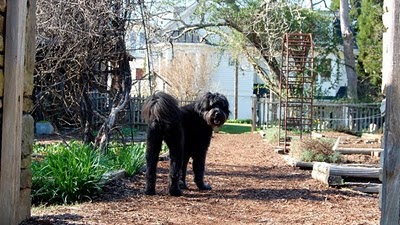 Even my dog Pudge is enjoying the sunshine.

When people ask me what I do, I tell them I’m the co-founder of the Serenbe community and the Inn at Serenbe. But, the truest END_OF_DOCUMENT_TOKEN_TO_BE_REPLACED