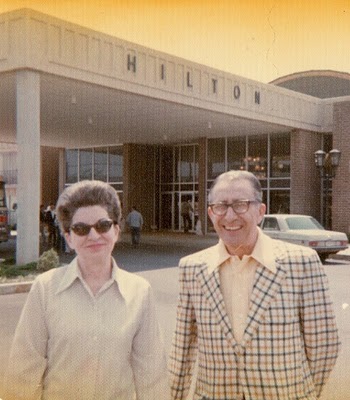 Since I have been reminiscing about my childhood at Mary Mac’s on the blog, some folks have asked about my father and the role he played at Mary Mac’s. Mother was certainly the heart and soul of the place but my father was like the backbone. He tended to the maintenance issues and closed the restaurant each night so that Mom could leave at 8pm to get home to tell us good night. But one of his duties he loved most was buying the produce. 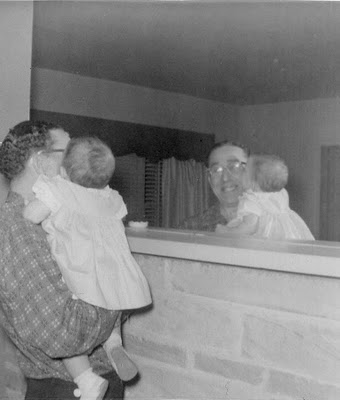 Dad and me!
Harvey, my Dad, had been in the wholesale produce business for years in Atlanta. That was how he met my mother. He made a sales call to Mom’s first restaurant, Margaret’s Tray Shop, in the mid fifties. He obviously did a great sales job as they married in 1956.

One of his businesses was called Lupo’s Produce and his motto was “If it is in town, I have it. If it is in the world, I’ll get it.” Dad was never to be outdone.

Dad had closed his produce business in the early 60’s and went to work for a food wholesaler. When that job ended, he joined Mother at the restaurant. He loved to tell people that his salary was ” a new Cadillac every year, a closet full of clothes and sleeping privileges.” Needless to say, Dad was quite a character.

So when he joined Mom, it was a natural for him to be in charge of produce buying as he knew all the businesses down on “row.” That was what the area was called at the State Farmer’s Market because all the big produce businesses were all in big buildings in a row. He had his favorites that he called on- Cerniglia Brothers, Collins, Sonny’s and Sutherland’s are some of the ones I remember.

Dad had bought a used van and would drive down twice a week to get all the fresh vegetables for Mary Mac’s. He said it was to save money but I really think it was so he could visit all his buddies on row.

In the summers, I would go with Dad to market sometimes. It still is one of my fondest memories of time spent with Dad. I loved to ride in the van with him and hear stories about his time on row. But mostly, I just loved to hang out with my dad. I would get to go into all the big walk ins (REALLY big refrigerators) for all the produce. There is a distinct smell to a produce walk in. I can not describe it but when I go into my walk in at the Farmhouse there is a faint whiff of it  (obviously my walk ins aren’t that big!) and I am carried back to those times with Dad. 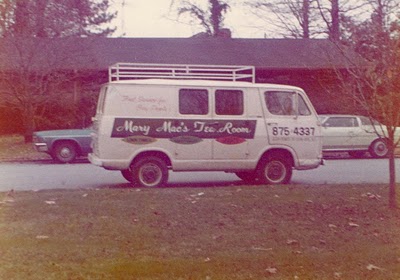 Then we’d drive down to the sheds at market. These are the places open to the public and in those days where the farmers from all over Georgia would bring their crops to sell. We would drive up and down the rows looking for items Dad didn’t get from wholesalers. Once he had found an item and a price he liked, we would get out to inspect the produce.
It is from Dad that I learned how to tell a fresh tomato from a hothouse one (look at where it was attached to the vine and look for ripening marks) and the best way to pick a ripe watermelon in season (it should have a yellow belly which means it was allowed to ripen on the vine.) Dad would only buy produce in its season so Mary Mac’s never had tomatoes in the winter and such. He prided himself on buying the best produce he could for the restaurant.

I still love to go to Farmer’s Markets. My family knows that when we go on vacation and there is a market that I will be there first thing to look all the bounty those area farmers have brought in. And just like Dad taught me, I’ll turn over watermelons and look for the rings on a tomato.

When people ask me what I do, I tell them I’m the co-founder of the Serenbe community and the Inn at Serenbe. But, the truest END_OF_DOCUMENT_TOKEN_TO_BE_REPLACED