Daily Bread: Giving Thanks for the AIR Serenbe Board with Mom’s Cinnamon Rolls 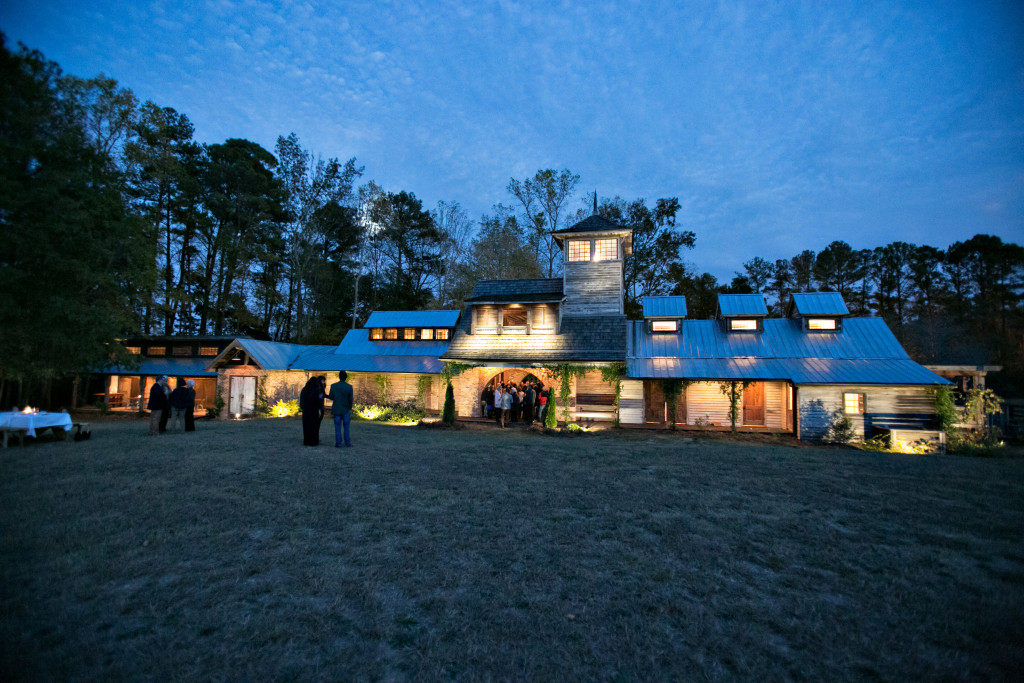 Fresh off the plane from my NYC trip with Connie, I literally hit the ground running. Instead of heading home, I drove straight to Cherry Hollow Farm to have dinner with the AIR Serenbe National Advisory Council.

From the outside, it might’ve looked like a bunch of people enjoying each other and butternut squash pizza with honey truffle oil from a Charleston, South Carolina food truck. But this was a landmark event: It was the first time advisors from all over the country got together in one place. For some, it was their first visit to Serenbe.

Former AIR Serenbe artist-in-residence Anis Mojgani happened to be on the East Coast and flew in to perform fireside. As soon as I saw Anis, I wrapped my arms around him and said, “Any chance you’re doing my favorite?”

After AIR Serenbe director Brandon Hinman made the introductions and we listened to some live music, Anis did his thing. And what did he start with? My favorite: Come Closer. And there it was. So beautiful.

I slipped out around 9:30 p.m. because I’d invited all 27 people back to my house for brunch the next morning and hadn’t been home in days.

Now you know how I am: I’m so deeply, truly grateful to have this caliber of folks on our AIR advisory board. A non-fiction writer and poet. The senior vice president of brand development and creative services at Garden & Gun. A graduate dean emeritus and founding director of the Center for Race and Culture. A gallery owner. And so much more. They give their time to us so freely. And so I show my appreciation through food. In the South, we open our homes and feed people. That’s just what we do.

It was a team effort. Brenda, my housekeeper and assistant, arrived at 8 a.m. I’d been caramelizing onions

for the frittata since 7:30. I also did biscuits and a salad with Serenbe Farms braising greens and a mango vinaigrette. The Blue Eyed Daisy did the sausages, bacon and grits. And The Farmhouse did the breakfast breads, including mother’s cinnamon rolls.

When mother ran Mary Mac’s, they did thousands of cinnamon rolls every day. Shirley, one of the bakers, probably made more than a million of them over the course of her career. The bread basket at lunch had one corn muffin, one yeast roll and one bran muffin. But at dinner, they served all three plus the sweet roll, which was the yeast roll plus lots of butter, brown sugar and cinnamon. I still have dreams about them. You only got one. And if you wanted more than one — and believe me, everyone wanted more than one — you had to pay for it.

Gratitude comes in many forms. Sometimes a thank you will do. When that doesn’t do the trick, lots of bread, butter, brown sugar and cinnamon gets the message across just fine.

Add activated yeast to flour mixture and beat well with bread hook for at least 5 minutes. If you are not using a mixer, turn this mixture onto a marble slab or floured board and knead it for about 5 minutes or until dough is smooth and elastic. Allow dough to rise in warm place, covered with cloth and out of drafts, until double in bulk.

Punch down, cover, and let rise until again double in size, about 1 to 2 hours.

Brush the rolled-out dough portions with the melted butter, using a pastry brush. Sprinkle heavily with sugar and cinnamon.

Carefully roll dough like jelly roll, beginning with long side, and slice in circles ¼ to ½ inch thick.

Place the cinnamon rolls on buttered baking sheet barely touching each other. Sprinkle with additional cinnamon and sugar and let rise in warm place for 15 to 20 minutes. Bake until they smell too good to wait another minute, about 30 minutes. They store well in the refrigerator for a day or two, a month in the freezer.

When people ask me what I do, I tell them I’m the co-founder of the Serenbe community and the Inn at Serenbe. But, the truest END_OF_DOCUMENT_TOKEN_TO_BE_REPLACED