State of the Art: An Anniversary Present 16 years in the Making Becomes Serenbe’s Newest Sculpture 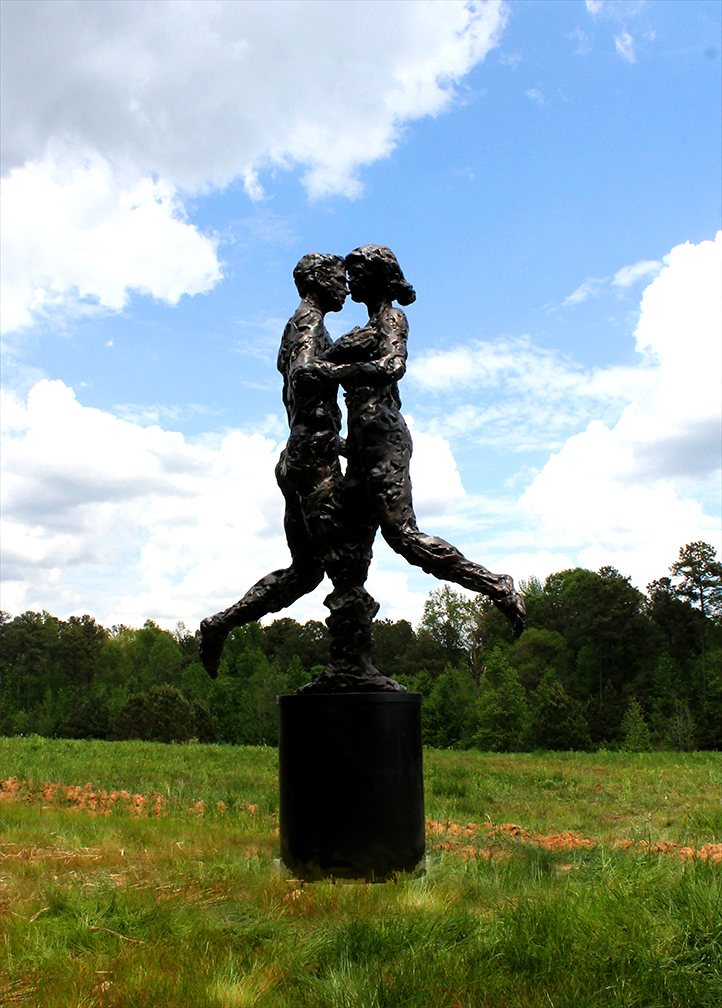 In the months following Serenbe’s first charette back in 2000, sculptor Marty Dawes of Cherrylion Sculpture Studios brought back a maquette, or small-scale model of an unfinished sculpture. It showed a man and woman dancing — each had one leg kicked out behind them and the other legs combined into one on the ground.

Steve and I were completely taken with it because Marty had honed in on the essence of Serenbe and how it’s a dance between masculine and feminine energies. And there it was in 3D form. We knew that one day we’d have him create it for Serenbe. 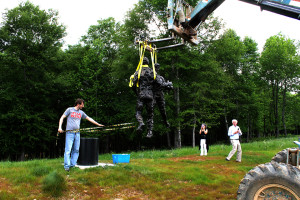 Last April, a full 15 years later, Steve mentioned he wanted to stop by Marty’s studio before our dinner at Bacchanalia to celebrate our 32nd wedding anniversary. When we walked in, there was a bigger maquette of the original sculpture — about three feet tall and on a stand. “Happy anniversary,” Steve said.

The sculpture, named The Dance, arrived and was installed one year later, just in time for our 33rd anniversary. The day coincided with the Serenbe Playhouse gala, so we asked all the kids to be at our house beforehand. We toasted our anniversary with Champagne and walked deep into the wildflower meadow to see the statue as a family. I asked everyone to save the last sip of Champagne and we all poured it around the statue to christen it.

In creating the piece, Marty, who was just commissioned to do the new MLK statue at the state capitol, was also inspired by Kahlil Gibran’s passage on marriage in his book, The Prophet:

Love one another, but make not a bond of love:

Let it rather be a moving sea between the shores of your souls.

Fill each other’s cup but drink not from one cup.

Give one another of your bread but eat not from the same loaf.

Sing and dance together and be joyous, but let each one of you be alone,

Even as the strings of a lute are alone though they quiver with the same music.

Give your hearts, but not into each other’s keeping.

For only the hand of Life can contain your hearts.

And stand together yet not too near together:

For the pillars of the temple stand apart,

And the oak tree and the cypress grow not in each other’s shadow.

What I love most about the sculpture, besides its rotating base that makes it look like it’s dancing, is that it’s textured, like Marty put the clay on piece by piece. It’s not smooth. It’s all the cracks and crevices that we bring to our relationships and make us human.

« Egging Them On: Making Frittatas and Friends at Cooking Camp
Rite On: A Baby, A Bris, A Brunch »

When people ask me what I do, I tell them I’m the co-founder of the Serenbe community and the Inn at Serenbe. But, the truest END_OF_DOCUMENT_TOKEN_TO_BE_REPLACED