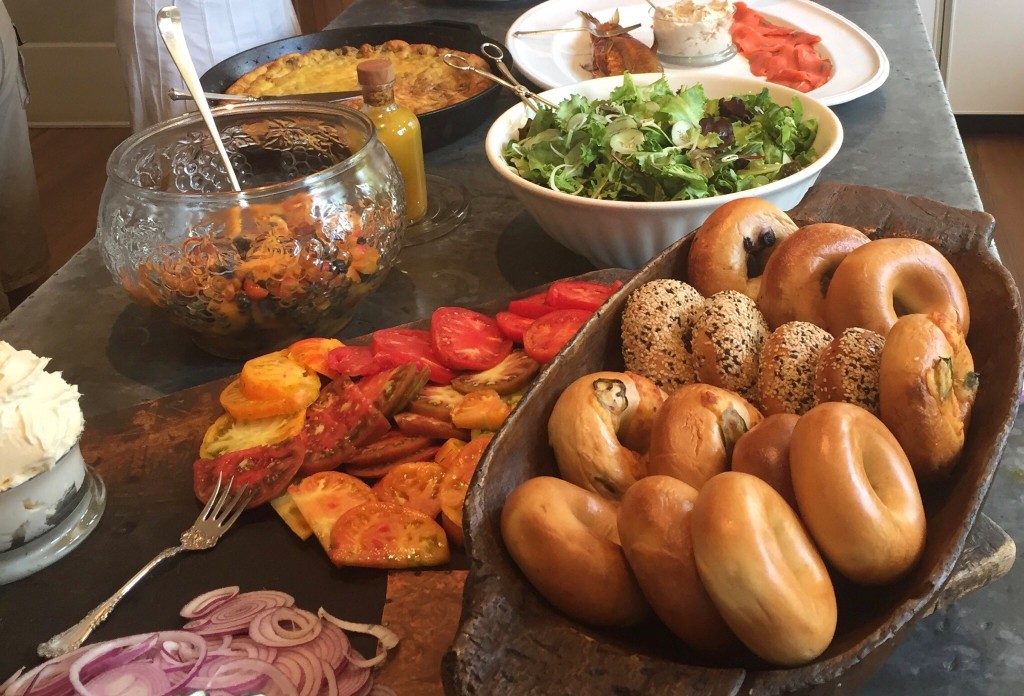 When Michael Taylor, my bonus child and family Jewish expert, heard I was hosting a bris for my grandson Amos, he said, “Oh Mama Marie, I am so excited to have some whitefish salad.”

I was raised Catholic and Kara converted to Judaism before she married Micah, so these traditions — and the foods that go with them — are unfamiliar to me at best.

Turns out, Costco has a section dedicated solely to Jewish foods. I texted a picture of their whitefish salad to Michael and said, “Is this good?” He replied that it was and I was so relieved. I could make an arugula and herb salad or shrimp and pasta salad with my eyes closed. But whitefish salad? No clue and — because I’m not a fan of smoked fish — no desire. 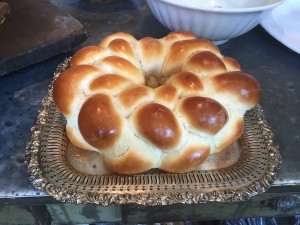 So I bought that, along with smoked salmon, bagels, cream cheese, capers, red onion, tomato and the whole bit. Then I asked Michael, “Can I include a salad? Eggs?” He said I could, so I did a green salad and a fruit salad. Micah’s mother, Kristen, made a vegetable frittata and Uncle Matt made challah so good it stopped the rabbi and mohel — a professional trained in circumcision — in their tracks.

I offered Steve’s mother’s silver challis to hold the wine used in the ceremony and some of Steve’s ancestors’ silver platters for the food. We broke the bread together, drank wine together and though the ritual itself was new, some parts felt very familiar. I love that we’ve added a new layer of tradition to the family.

In the Jewish religion, the bris has to happen 8 days after the birth of the son. Amos was born two weeks early on June 27, so his bris fell on July 4th. Micah’s father, brother Bo and his family had planned to celebrate the fourth at Serenbe, so they were all in town for the bris. It worked out beautifully.

That morning, we attended Serenbe’s annual Fourth of July parade, then the family came to our house for the bris and brunch. After that, everyone went swimming in the new swimming hole created for Kara’s summer camp. We had it all to ourselves and, now that I think back on it, it was like the Nygren family version of a baptism. 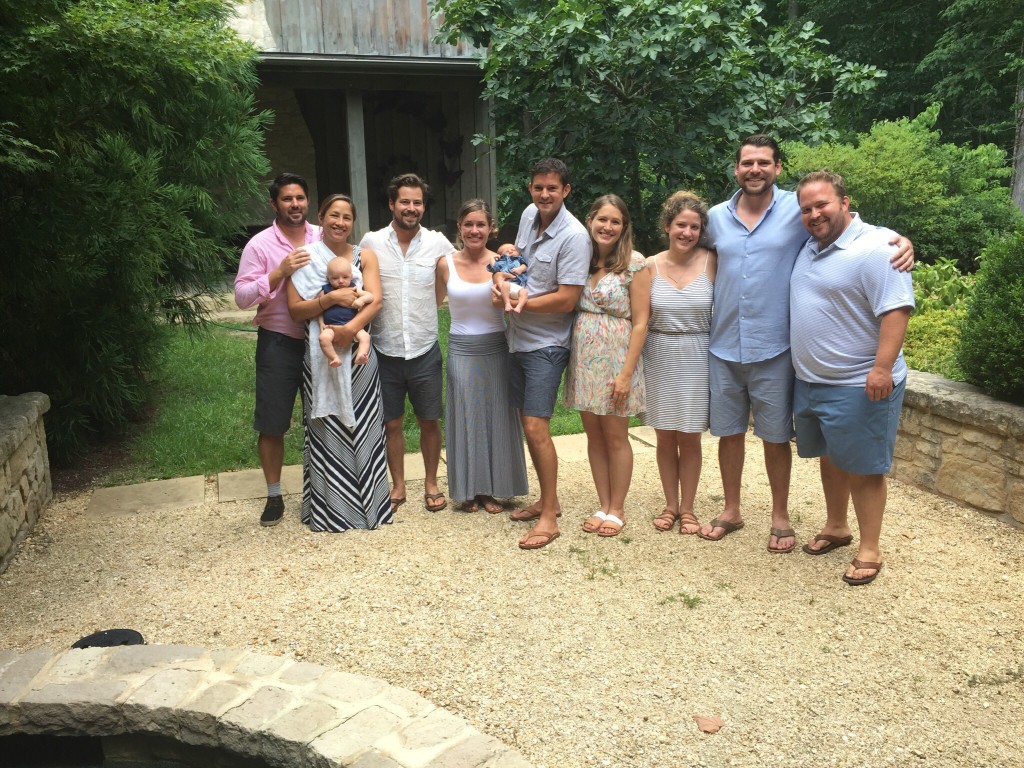 « State of the Art: An Anniversary Present 16 years in the Making Becomes Serenbe’s Newest Sculpture
Seeds of Change: New Hands in the Soil at Serenbe Farms »

When people ask me what I do, I tell them I’m the co-founder of the Serenbe community and the Inn at Serenbe. But, the truest END_OF_DOCUMENT_TOKEN_TO_BE_REPLACED